The Munich Politics Network is a global platform and an annual forum for discussions related to challenges in politics and technology. Together with scholars, policy-makers, politicians, business group and civil society representatives, we want to have a dialogue and provide answers related to current challenges.

Founder of the Munich Politics Network 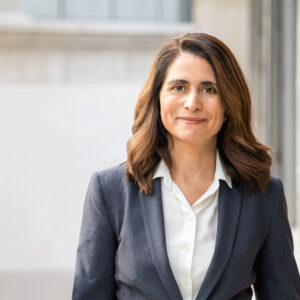 The Munich Politics Network 2019 was devoted to exploring the topic of “Clashes in Global Economic Governance”, addressing tectonic shifts within the present global economic order. The event was attended by over 100 participants, and was co-organized by the Hochschule für Politik München, the Kiel Institute for the World Economy, and the Munich School of Philosophy.

In celebration of the 75th birthday of Bretton Woods Institutions, the first day of the event featured panels primarily focused on the political and economic spheres, such as the ‘Fragmentation of the Institutional Landscape’, ‘Power Shifts in Global Economic Governance’, ‘Future of Global Economic Governance’. The second day of the event shifted gears to the technological and societal aspects, headlined by the panels of ‘Power & Control of New Technologies’, ‘Multilateralism & Populism in the Digital Age’, and ‘Governance of Global Commons’. The panels were underlined by an increasingly pressing necessity for an interdisciplinary approach to addressing global issues, and highlighted the importance of stable multilateral systems and institutions as the framework for embracing new challenges.

Fragmentation of the Institutional Landscape

Multilateralism & Populism in the Digital Age

The inaugural event of the Munich Politics Network, a joint cooperation with the National Academy of Science and Engineering (acatech), was dedicated to the topic Disruptive Politics & Technology. Rapid advances in technology – e.g. robotics, artificial intelligence, e-trade, digitalization, autonomous vehicles – are leading to unprecedented changes in politics, society, and economy. At the same time, shock events in politics – e.g. the rise of populism – question existing democracies and the multilateral world order. Against this background, the Munich Politics Network 2018 focused on the interdisciplinary study of disruptions, characterized by major sudden displacements of existing political, economic, societal, or technological structures and its rapid substitution by new structures or emerging technologies.